This short essay was short listed for a national awarding body for coming trends in society.

We sure do live in troubled times and boy do we know it. The troubles perpetuated by religious issues have never been so highlighted as now with instant media access. The terrifying rise of IS in the name of Islam, the dramatic crash of faith in Roman Catholic Ireland etc. The lack of conscience and compassion I believe all reflect a crisis of faith amongst people worldwide. And yet people search deeply for meaning. The gods of celebrity and shopping are losing their appeal and people are increasingly lost and looking for a deeper purpose in life.

Since time in memorial people all over the world have created communities and have had shared human experiences which have glued their societies together in a cohesive way. These communities world-wide have had much in common, despite the differences in climate, the gods that they worshipped and the centuries they lived in. They all created rituals around death, dying and disposal of the body. If they were ancient Egyptians of wealth they were mummified and entombed in the Pyramids, if they were rich or poor Hindus their bodies were cremated on pyres and their ashes were floated down the Ganges. In Mexico the dead were buried in the foetal position. In Tibet bodies are stripped of all flesh and the meat given to vultures and the bones ground into powder and taken by the wind. In present day USA bodies are embalmed, fully made up and brought out on high days and holidays! Every culture and time has its own rites of passage and commemorative rituals. In the UK because of cost and space 75% of people are now cremated. A few go to church and many have non-religious funerals which may or may not be spiritual in content.

There is a big change afoot in this whole area of how we perceive death and how we treat our dead in the developed world. Until recently, funerals have been the exclusive domain of the clergy and the local funeral parlour. Death is big business. Local undertakers are increasingly being bought up by massive companies who keep the local names. It’s an industry! An industry with a steady supply of clients and spiralling prices. The costs of funerals here in Ireland is astronomic. You should have approximately €5000 ring fenced for this and more if you live in Dublin or want anything traditional and fancy for the plot, oak coffin, brass handles and hearse.

Does it need to be this expensive? Why is it this way? No! It can be done with dignity and much cheaper and like many things it’s done the way it is done because of tradition and nobody has offered alternatives.

More and more people have lost their faith in organised religion and are looking for options to the traditional church based and clergy led funeral service.

We are living in a time where people are increasingly doing their own thing. Whether it is  selling their own houses on My Home.ie without an estate agent, booking holidays without aTravel agent, do it themselves divorce without a solicitor, or challenging the medical profession by informing themselves with Google. People are shopping around for the best deal, East Europe for dental work, beach weddings in Thailand or, buying stuff on line.

People can now draw up their own advanced directives, meaning, what they wish to happen for their end of life treatment whether it is how and where they wish to die, if they wish to avail of life support treatment, whether they want  euthanasia (if they are in Holland), they are writing their traditional wills and increasingly people are planning ahead and devising their own funerals, some traditional, some not.

What is on offer here and what are the coming trends? I believe I know some of the answers.

I believe the Irish funeral industry will see huge changes in the next 10 years. This change is happening already in other countries like the UK and US. As the old guard and traditionalists die off, the next generation will want something different.

Let’s come back to an earlier point. Every culture has honoured and respected its dead in one way or another and I believe there is a deep function to ritual and celebration which is very positive especially in relation to the processing of grief. The more ritual, the less grief!

In Ireland most funeral services happen within 3 days of a death, most bodies are embalmed and most church masses last for between 30 and 45 mins. The Catholic church offers a fairly standard funeral service and these days more often than not officiated by a cleric who did not know the deceased. Funerals have not changed very much over the years apart from becoming more and more expensive.

In my work with grief over the years and as an unaffiliated funeral celebrant I have seen first-hand that when people are vulnerable after a death of a loved one they may agree to things in their confusion that on quiet reflection they may have rejected. It is rare in Ireland that people organise their own funerals for their loved one. The funeral directors and the priests take charge and also take the power and also in my opinion rob people of the possibility of weaving their own rituals and celebrations.

It has been observed that the more active people can be in the organising of rituals, the more sharing there is, the more support there is all contribute to a lessening of grief. When people feel they can actively participate in activities eg preparation: washing and dressing the body of the deceased, decorating and beautifying the coffin or casket and, playing music and singing songs. There is a more enhanced sense of participation and mutual channelling of intent.

The traditional Irish wake had a purpose for a community but degenerated into an alcohol fuelled drowning of sorrows which enabled people to not be present to the reality of death but to avoid confronting their reality in a sober and more sane way.

I believe that over the next few years we will witness a more enlightened attitude to death and dying, more conscious preparation for the inevitable event, similar to that which we witnessed as changes in our attitudes to gentler birthing methods, with birth plans, active birth approaches, natural pain relief and more people doing their own thing.

A good death generally is seen here as a well-managed death, often drug laden and pain free and more often than not in a hospital. The baby boomers are becoming the elders of the tribes and are dictating the “my way” approach to life as well now as to death.

I believe that we will be seeing more radical awareness re the death process and how to “midwife” people through this. Over 15 million US citizens have experienced “near death experiences” and  many people  are increasingly seeking teachings on the post death realm. All wisdom cultures since time in memoriam have had teachings re the states post death eg. The Tibetan Book of The Dead, The Egyptian Death Culture, The Christian teachings on the Resurrection to name but a few.

Some of the best top selling books recently have included  Dr. Eben Alexander’s “Proof of Heaven” and Anita Moorjani’s spectacular account of her return from the dead having suffered from cancer and total organ shut down in hospital in Hong Kong. You Tube is full of accounts of near death experiences. Over 15 million people attest to this fact. People are talking about this issue more than ever before and teachings are available to help people find their way without intermediaries. We are moving into A New Age of Spirituality where teachers such as Eckhardt Tolle and Deepak Chopra are challenging all the old belief structures imposed by religions and they are asking people to think for themselves and to find and feel  their own connection to that which connects us all.

All cutting edge research is now embracing the Quantum Physics findings of inter connectedness of all energetic structures and that life and death are part of a continuum. The Buddhists have known this for millennia.

My prophesy for the next years is a radical shift in perspective of our attitude to death and all the attendant paraphanalia re funerals.

Mark my words I am right!

A Heart Journey With A Difference

The Use of Touch for Healing Deep Old Wounds

Love | The Secret of Effortless Learning 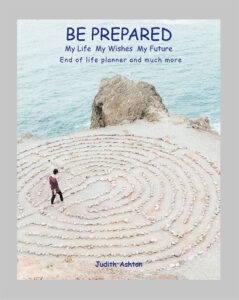